Finding A Niche: Intriguing Sports On The Rise – SHINE

While not everyone on Earth is involved in organized sports, the vast majority of people understand the importance of regular exercise. We get out and run, ride bikes, or engage in some form of physical activity that can be classified as sport in its simplest form.

Many of us, however, seek to engage our minds and bodies in a way that goes beyond basic exercise. Our ancestors did the same; cave paintings at various archeological sites throughout the world depict wrestling matches from over 10,000 years ago.

By 2000 BC, the ancient Egyptians had begun participating in various sporting matches including many games and pastimes we still enjoy today. Inscriptions discovered indicate that they practiced sports like weightlifting, long jumping, rowing, swimming, and several types of ball games.

By the time of the Ancient Greeks, the realm of sport had graduated to include such activities as javelin and discus throwing, chariot racing, and a sport called pankration, which is something quite similar to modern mixed martial arts, or MMA.

Beginning in 776 BC, the Greeks descended every four years on the city of Olympia, where they founded the Olympic Games, the predecessor to today’s quadrennial summer and winter events.

Shifting the focus to China, and specifically the Han Dynasty era (202 BC-AD 220), a game emerged around the 3rd to 2nd century BC in which players kicked a ball with their feet ― hands prohibited ― into a net. They called this game cuju, but it quite closely resembled modern-day association football. 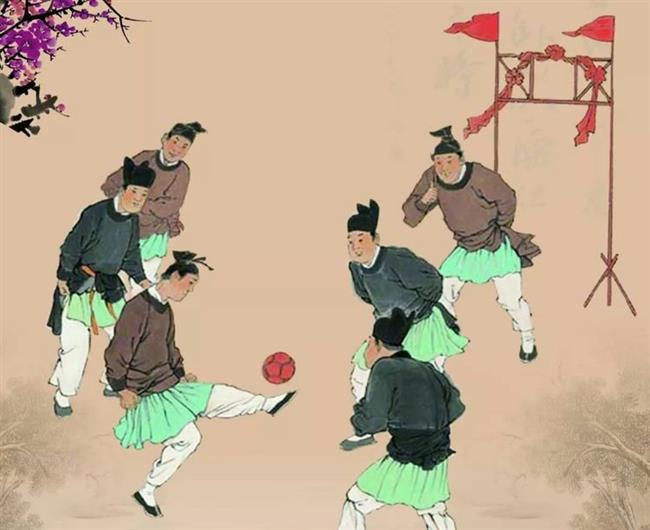 It began as a competitive fitness exercise for military men during that era, but by the Tang Dynasty (AD 618-907), the sport had become a popular activity among townsfolk, and during the Song Dynasty era (960-1279), a market emerged for professional cuju players, who sometimes became local celebrities for their on-field performances.

The sport died out over time, but it was undeniably a predecessor to football, the most popular sport in the world today. Many, if not all, of the world’s most commonly played sports have similar modest origin stories.

Basketball was invented in 1891 by a Canadian physical education professor who nailed a peach basket to an elevated track surface with the intent of keeping his students active during the winter months.

Tennis began in medieval times in France; players would strike the ball with their hand in the direction of the opponent. Obviously, tennis has evolved quite a bit in the centuries since, from using a bare hand to a glove to a racket, and eventually becoming the highly regulated and immensely popular game of today.

A more recent example that’s currently in the spotlight both nationally and internationally are extreme sports; particularly the winter versions thereof. The X Games began in the US in the mid-1990s as a way to create a televised official competitive arena for sports and activities that had been viewed since their inception as rambunctious, destructive and dangerous activities for rowdy street youth.

Things like skateboarding, bicycle motocross and winter sports like extreme snowboarding and ski jumping began to reach younger audiences. Now, these activities are staples in international culture, and some of them have graduated to Olympic sport status.

So what are some burgeoning niche sports and games that are growing in Shanghai and around the world? Which of these activities has the potential to sweep the globe and enter the mainstream?

One sport that has gained a serious foothold around the world is called “Ultimate,” amended from its original name, “Ultimate Frisbee,” as it is more commonly known. A Frisbee is a trademarked name by a specific toy company for a flying disc, but the term Frisbee is commonly used to describe any throwable, catchable, flat, round object. The original Frisbees were flattened pie tins, but tossing them around outside after finishing dessert became so popular that toy companies began to market and manufacture them in huge numbers.

Sometime around the late 1960s, a sport was invented in which players on a team threw the disc to teammates, attempting to advance in one direction on a field to a scoring zone, in much the same vein as rugby, but contact-free. The sport provided much of rugby’s thrill but without the same level of potential for injury, and it also brought in a new series of skills specific to the disc-shaped object replacing the oblong rugby ball.

In the years since, this sport has become so popular that in 2013, the International Olympic Committee granted the World Flying Disc Federation provisional recognition. Ultimate is eligible for entry into the Olympic Games in 2028. Quite a leap from kids tossing flattened pie tins around on their front lawns!

Ultimate in recent years has gained a following in Shanghai as well. Large groups of people from both the local and international communities in the city gather on grassy fields outside of the downtown area to toss around flying discs for a day of exercise and entertainment. 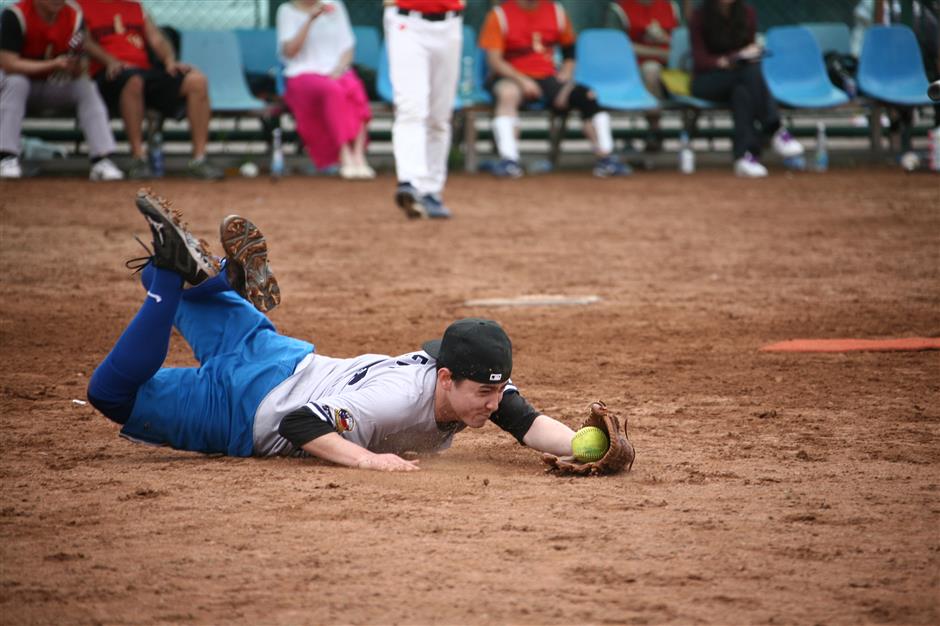 An expat plays softball at a regular weekend session in Pudong, Shanghai.

Another sport that’s popular in town is softball, a game that’s closely related to baseball but has a somewhat lower barrier to entry in terms of skill and athleticism. That is surely not to say that great softball players aren’t supremely talented and limber, but softball on a recreational level is more accessible to the average person than baseball.

A softball diamond looks very similar to a baseball diamond but is smaller in dimensions. As in baseball, a player, the pitcher, throws the ball from the field’s center toward the batter, who attempts to hit the ball back into the field of play, then run around the bases situated in the shape of a diamond to score points, called runs. The game has been popular for decades ― and in the case of baseball, for nearly two centuries.

Women’s fast-pitch softball was actually part of the Summer Olympics from 1996 to 2008 and again in Tokyo in 2021, but it has been announced that it won’t be a part of the 2024 Games in Paris. However, the slow-pitch, recreational version for us non-Olympians is alive and well in Shanghai. Various leagues exist in the city in which participants battle for trophies and show off their coordination skills while also enjoying a warm summer day outside.

Disc golf is another sport that’s gained popularity in recent years. It’s a combination of the aforementioned Frisbee throwing and the timeless game of golf. As you might suspect, the game consists of throwing a disc into a target area over long distances, attempting to hit the target in the fewest possible number of tosses; just like golf, but without the clubs and ball. The target, instead of a hole, is a larger, above-ground basket-like structure with chain links to help catch the flying disc.

In 2020, the Professional Disc Golf Association held a tournament in Shanghai at Pudong’s Gaodong Nature Park, marking the first-ever professionally sanctioned tournament for the sport in China. Here’s hoping this entertaining outdoor game continues to grow.

As sports and games continue to grow and evolve, it’s impossible to predict what fun-seekers will come up with in the future. I’ve recently come to understand that one of the newest trends in sports is pillow fighting.

That’s not a joke. It’s a real thing. Not UFC; the PFC. I’m sure the ancient Greeks never would have imagined that.

Amazing. Count me in. We’ll keep our eyes peeled to see what other new niche sports emerge both here and elsewhere in the coming months. Stay active! 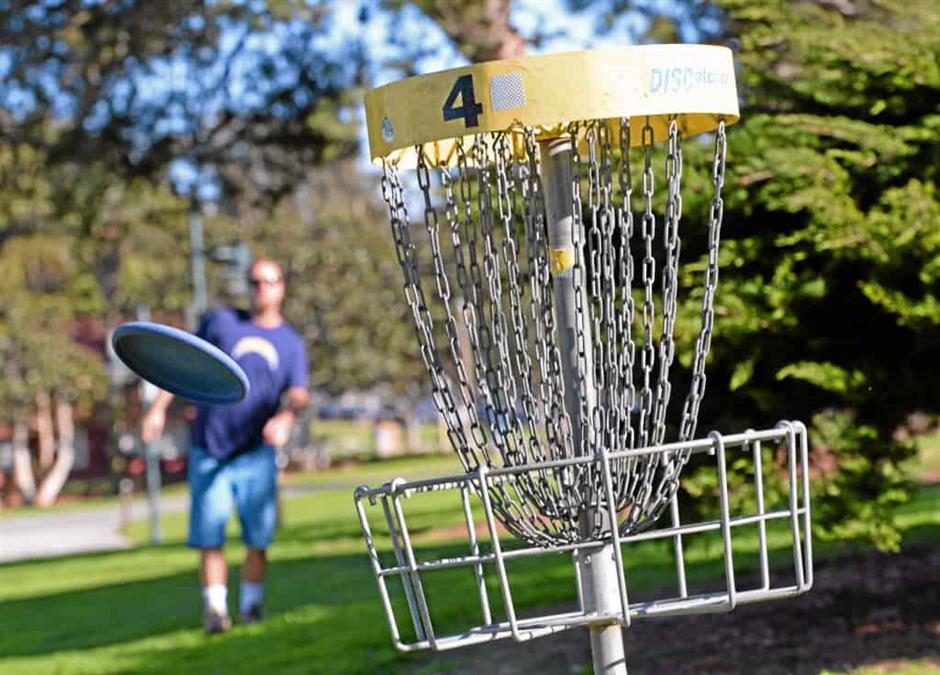 Disc golf is a combination of the aforementioned Frisbee throwing and the timeless game of golf.